Emerging reports had it that Davido’s fiancee who was reported to be infected with Coronavirus has now recovered fully.

Davido himself made it known on social media when he said Chioma has been tested negative twice.

He however appreciate fans, friends and families for their support during the trying times. 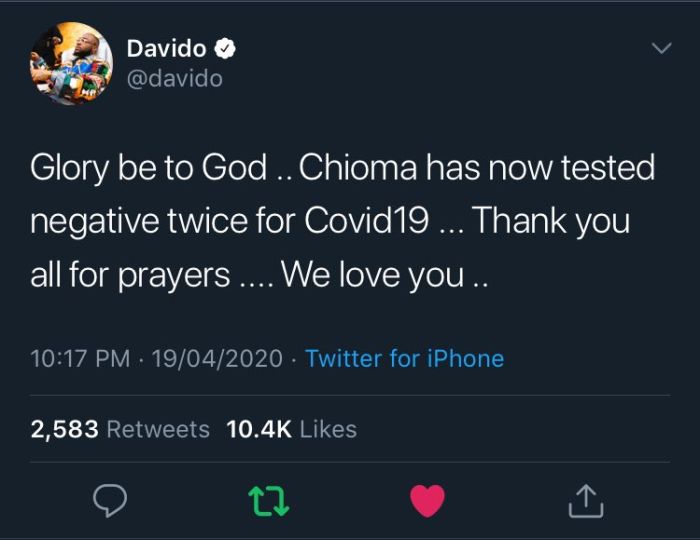 News: We Have Spent Over N1bn In COVID-19 Fight — Obaseki

News: Trump warns China could face consequences if they deliberately misinformed the world on Coronavirus

‘As long as I am alive, Lil Frosh will not suffer’ – Davido vows

”Drake is the Davido of America” – Davido