Coronavirus lockdown: One million boys chased out of Oworonshoki by youths, police restore normalcy in the area [videos]

An unrest was recorded hours ago in Oworonshoki community of Lagos State, and this was confirmed in social media posts shared by residents.

The notorious gang who in the last few days have launched attacks in different areas in Lagos state following the lockdown order issued by the federal government over the outbreak of Coronavirus, were chased out of the community by youths who trooped out with weapons.

RRS operatives have been deployed  and normalcy have been restored in the community.  See some tweets and videos below; 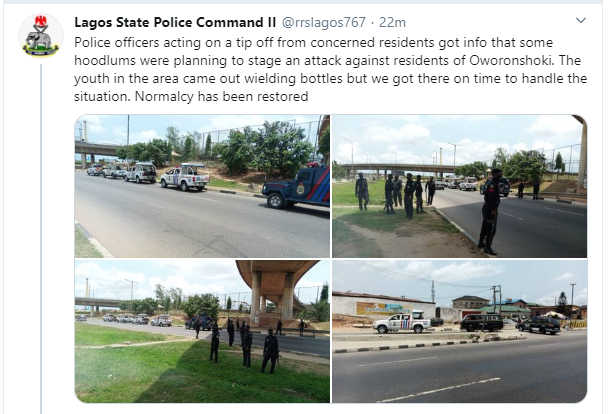 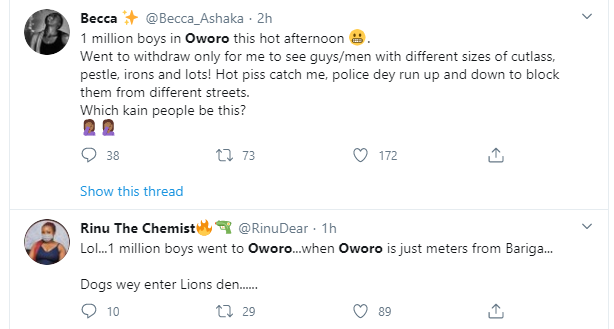 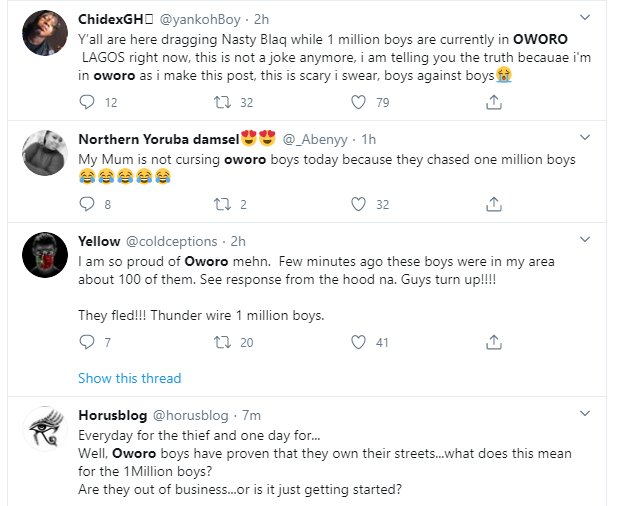 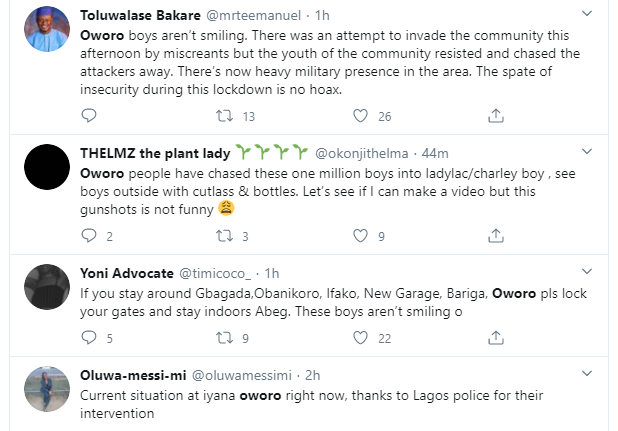 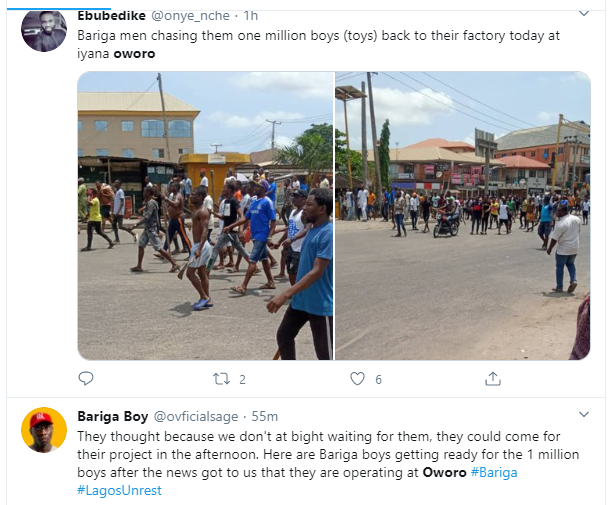 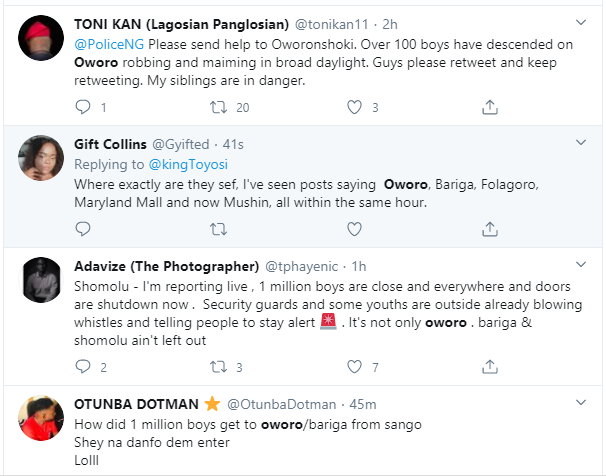 Even Ifako was ready pic.twitter.com/ZX86SY6DYT

These one million boys ain't joking, but residents are ready for them too. They moved from oworo and now they're at Papa Ajao mushin pic.twitter.com/eIcqjl4Iyl

Oworo on 🔥🔥🔥 one million boys robbing over there but boys stood up Nd are ready to battle wif dem pic.twitter.com/yg4iFFUzhC

Sports: ‘I have 300m in the bank and an island.. If anyone speaks I’ll kill them!’ – Footballer Pedro reveals how Zlatan Ibrahimovic threatened players during his time at LA Galaxy

E!News: You are a psychopath – Kelly Hansome’s estranged baby mama fires back at him

‘Coronavirus Messed Up My Plan To Marry Chioma In July,’ – Davido Confesses [Video]