He’s one of the highest paid sports stars in the world and has a penchant for luxury and wearing extravagant bling.

And Cristiano Ronaldo was spotted dripping in dazzling diamonds at a sports conference in Dubai on Saturday, donning a rare Rolex and a women’s engagement ring, estimated at £200,000.

The professional footballer, who is no stranger to wearing show-stopping jewellery, was also decked out with a diamond band on his wedding ring finger, valued at £50,000, despite previously quashing rumours he is engaged to girlfriend Georgina Rodríguez.

During a panel at 14th edition of Dubai International Sports Conference, the Juventus player, 34, showed off a Rolex GMT-Master Ice costing £380,000.

It is Rolex’s most expensive watches ever made, with 18 Carats white gold and hundreds of 30 Carats of diamonds.

The Portuguese football star was also loaded with an enormous cushion cut yellow canary engagement ring on his middle finger, surrounded by dozens of sparkling diamonds.

Diamond expert Dovi Fehler at London Jeweller valued the ring, which is likely to be custom-made, at an astonishing £200,000.

And to top it off, Ronaldo wore a diamond encrusted eternity ring on his left hand, which Dovi estimated to be worth around £50,000.

The watch was described as a ‘rare, stunning complication’ by Joseph Frost, owner of Frost of London which is the only UK supplier of Franck Muller.

He told Femail: ‘Ronaldo is a big fan of the brand and has been seen wearing them regularly.’

It is some upgrade on Ronaldo’s wrist after the Portuguese star was previously spotted sporting a £100,000 Jacob and Company limited edition H24 with a total diamond weight of 15.25 carats.

He became a brand ambassador for Jacob&Co back in 2013 while at Real Madrid and is now showing off one of their most expensive assets from the collection.

Ronaldo unsurprisingly blows other star names in football out of the water when it comes to the cost of his watch of choice but he has some catching up to do if he wants the most expensive in the world of sport.

It comes after Ronaldo was crowned the highest earning Instagrammer of 2019, earning him £38.2million ($47.8million).

The Portuguese footballer has 195 million followers on Instagram and shares pictures of his sporting success, family and workouts. 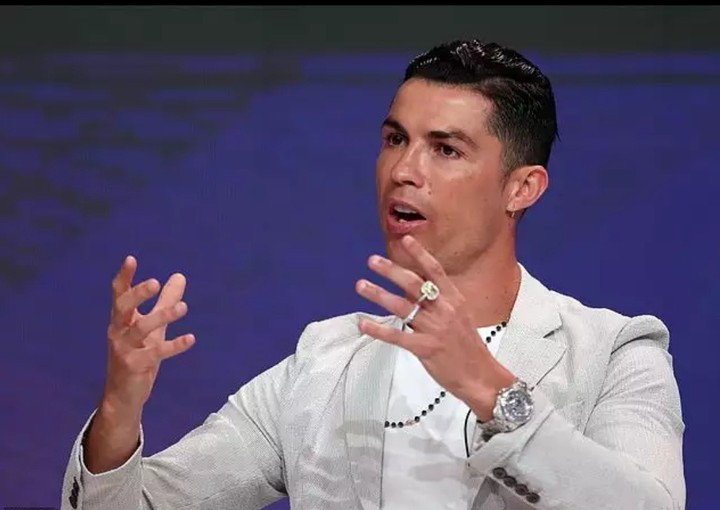 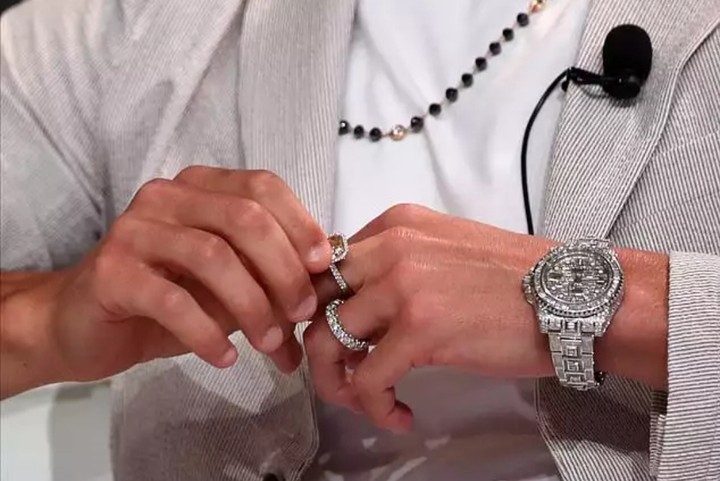 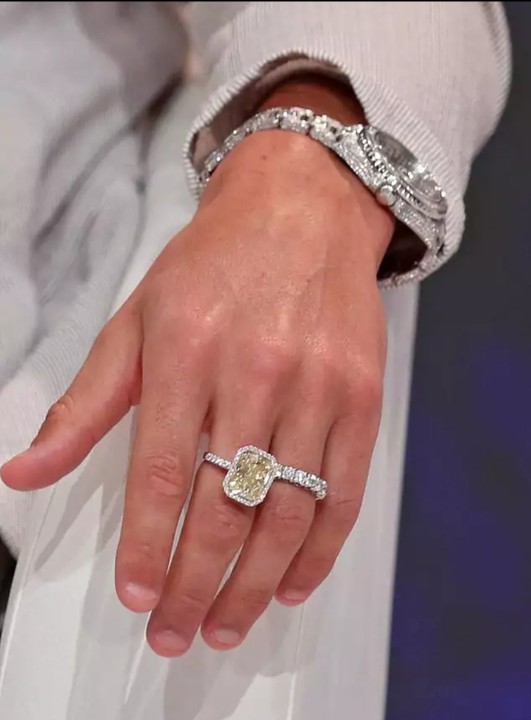 Cristiano Ronaldo and his partner Georgina Rodriguez soak up the sun onboard their £5.5m superyacht in St.Tropez [photos]