DOPE OR TRASH? Checkout This Hilarious Pre-Wedding Photos That Has Gotten Every One Talking

Following a concept which appears to be drafted from a Nollywood scene, a couple has staged a pre-wedding photo shoot which has amazed Nigerians.

From the photos, the groom who portrays the character of a wheelbarrow pusher, collided with his bride, a tomato and pepper seller, scattering all her merchandise on the floor.

After the clash, the duo were able to make peace and they became close. They were later seen smiling together as the love was brewing.

The dramatic photoshoot is making citizens crave for a video of how the incident played out.

People seem to love the concept and they have applauded the brain behind the photography. 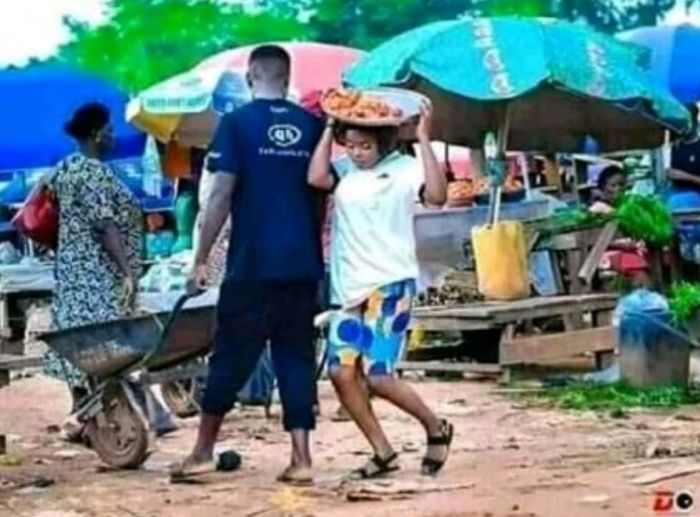 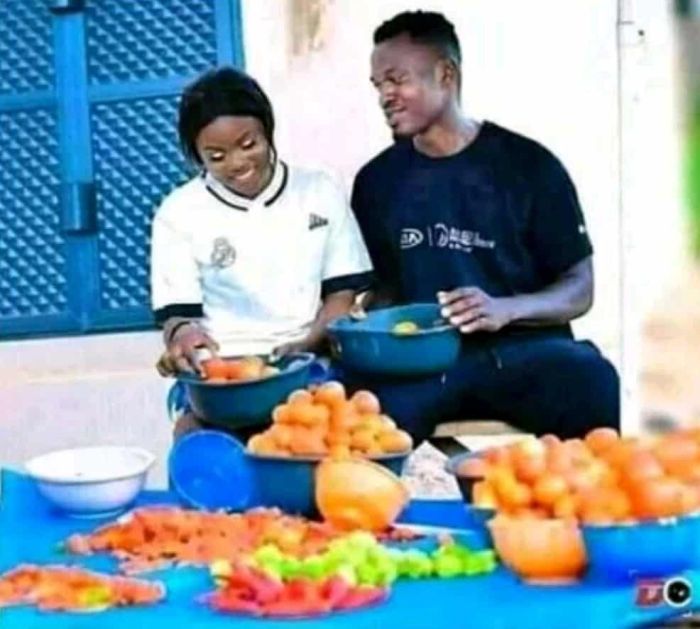 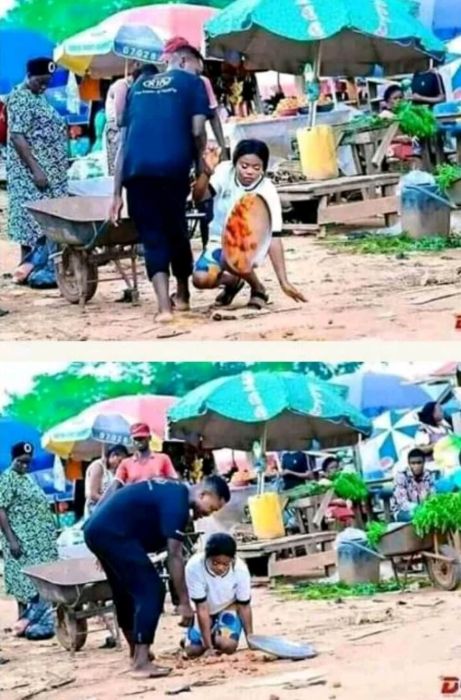 Funny Video!! When A Guy Finally Jam A Lady That Loves Séx, This Is What Will Happen (Watch)

Funny Video!! How Friends Celebrates Your Birthday For You In USA vs NIGERIA 😭😭😭

“This Edo state prison break is fishy” Betty Irabor, Lauren Idahosa, Davido, and other Nigerians react to the jail break in Edo State