ENews: AFRICAN GIANT!!! “I Would Have Been A Good Shooter For The Army But I Don’t Like Taking Orders” – Burna Boy Reveal

Grammy-Nominated singer, Burna Boy, has shared the underlying reason why he didn’t join the military.

Recall that the award winning singer was recently nominated for a Grammy award, which he unfortunately lost to Angelique Kidjo.

Burna, however, has shared how good a ‘shooter’ he is and why he didn’t join the army.

Sharing a photo on Instagram, the singer showed off his aiming skills. According to the African Giant, he would have been a good soldier but he doesn’t like taking orders. 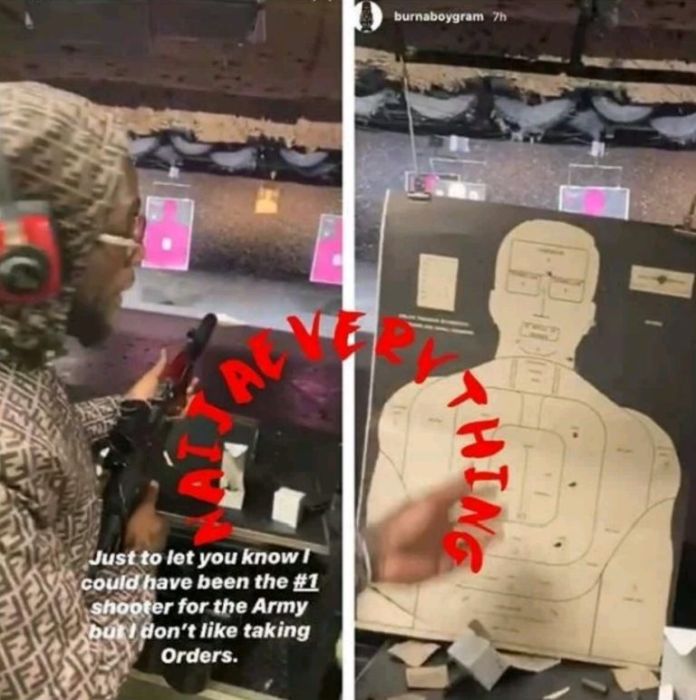