He made this known in a tweet that was later deleted that he has one with the African Giant and it will be included in the “Made In Lagos” album. 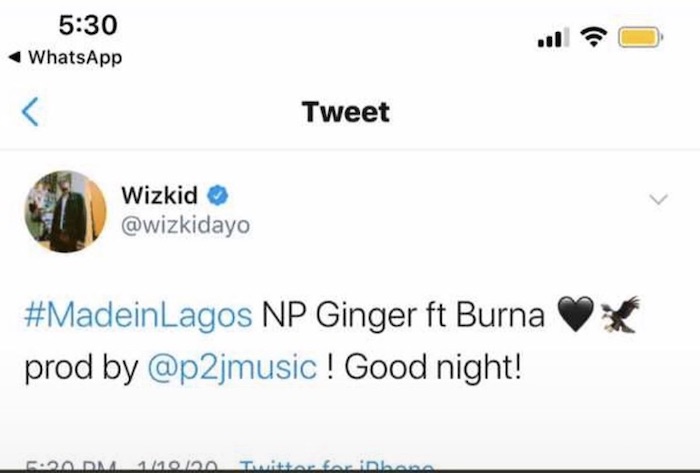 JOB ALERT!!! Do You Plan To Work With The EFCC? This Is Your Chance – APPLY HERE

“A 77 year old man is not young man” :- Wizkid schools President Buhari’s aide who blasted him for calling the president ‘old’.