ENews: How Peruzzi Raped, Collected N15million From Me – Daffy Blanco

A UK based Nigerian singer, Daffy Blanco has accused popular singer, Peruzzi of rape and extortion.

The singer shared a lengthy post, alleging that she reached out to Peruzzi to assist her in writing hit songs, but little did she know that he would end up taking advantage of her.

Recounting the rape incident, Blanco said that a drunk Peruzzi followed her to the hotel room where she lodged and he forced himself on her.

Although, Daffy Blanco stated that she has healed from the incident, she needs her songs. The singer gave Peruzzi an ultimatum to either produce the song or refund her 15 million naira. 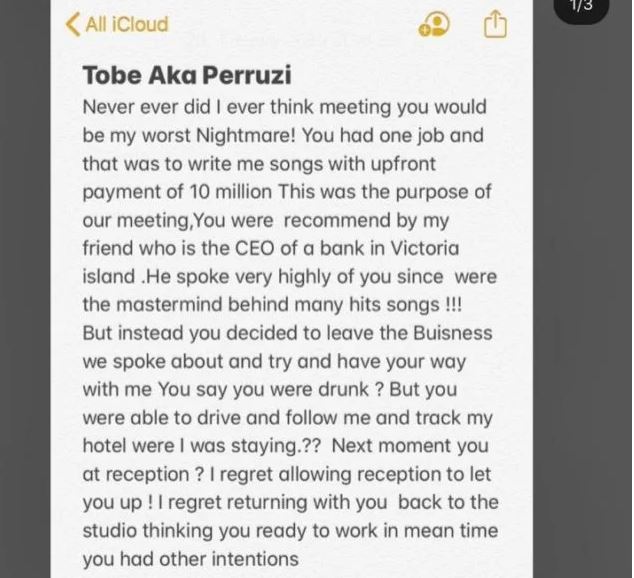 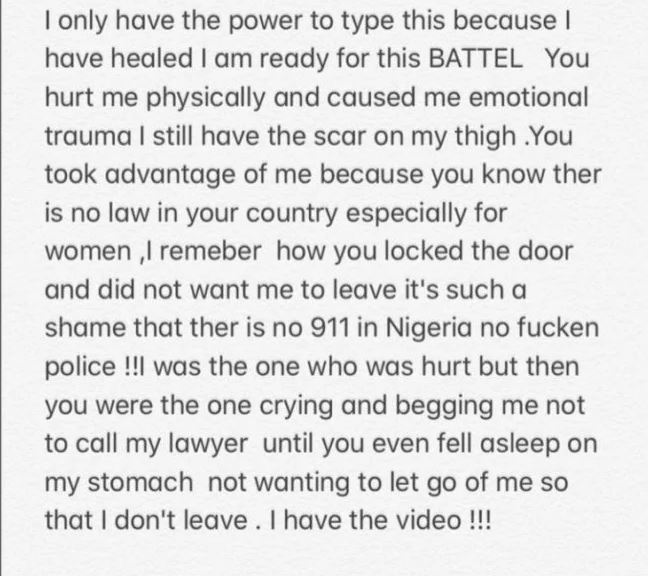 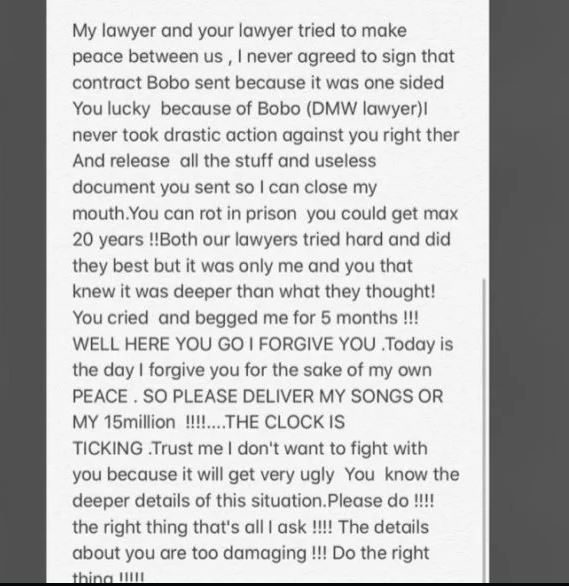 Davido’s fiancée, Chioma, tattoos their son’s name on her wrist