How Did Toyin Marry This Man? – Twitter Users Drag Toyin Abraham’s Husband Over This Outfit

Nollywood actor Kola Ajeyemi, the husband of actress Toyin Abraham has come under massive heat on Twitter over his outfit.

Kola who has his own fashion outlet donned an agbada outfit which had his face and his design on it and this has since gotten many tongues wagging and many questioning his taste in fashion.

”How Toyin allowed this happen is beyond me.” 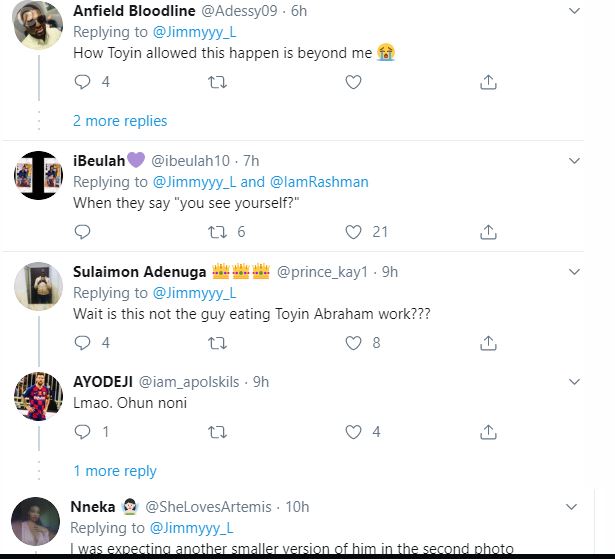 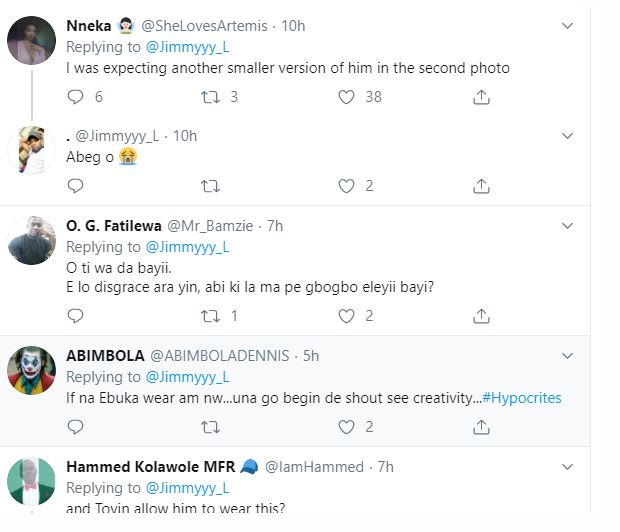 Have You Ever Seen A King Play Table Tennis Before? – Watch Ooni Of Ife In Action [VIDEO]

“This Edo state prison break is fishy” Betty Irabor, Lauren Idahosa, Davido, and other Nigerians react to the jail break in Edo State