MAD OO!! Watch The Video Of Oba Of Benin Dancing ‘Shaku Shaku’ At A Party

The 40th Oba of Benin was filmed dancing ‘Shaku Shaku’ during a children’s birthday party held at his palace. 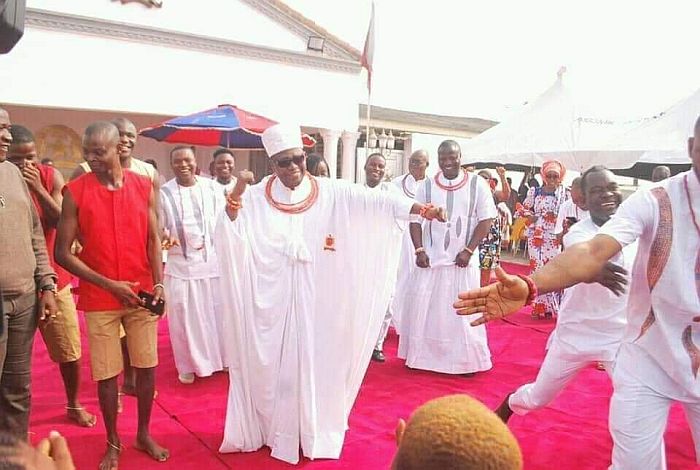 The video which is currently circulating online captures the moment the traditional monarch got up to thrill his guests.

The king, whose full name is Eheneden Erediauwa, happily did the viral dance move in his full regalia at the children’s party to the delight of onlookers and it has got people talking.

Ewuare II was crowned the Oba of Benin on 20 October 2016, succeeding his father, Erediauwa.

Watch the video below:-

”Ambode probably having the time of his life right now” – Davido

Yahoo-yahoo Is The Reason Why There Is Low Rate Of Cultism, Robberies In Nigeria” – BBNaija Star, Seyi Awolowo

Video shows Cardi B confronting police when they dragged her husband, Offset from his car last week