One million gang who were chased out from Oworonshoki earlier today by youths of the community, suffered a similar fate after they took their attack down to Ilupeju area of Lagos state.

While some social media users said the notorious never entered Mushin, others said they said they fled when they saw a large number of youths waiting for them.

Contrary to the reports going around. 1 million boys didn’t actually advance to attack the Mushin area. Mushin boys teamed up in their large numbers marched on towards Ilupeju to take them on. They wouldn’t dare to enter Mushin of course. 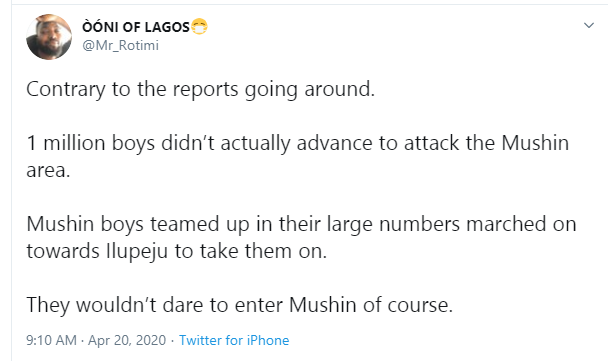 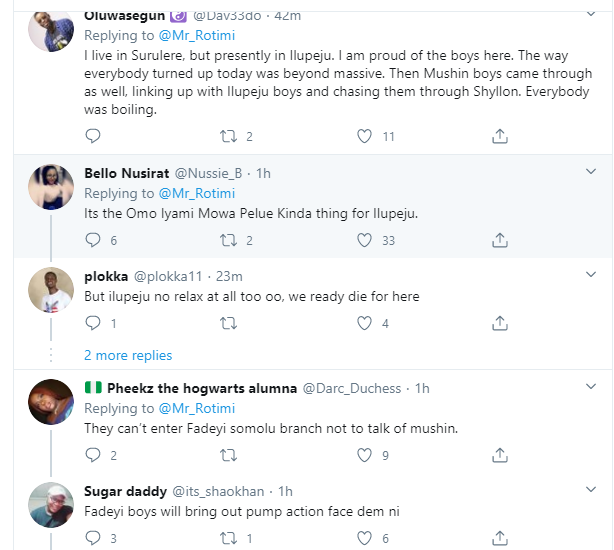 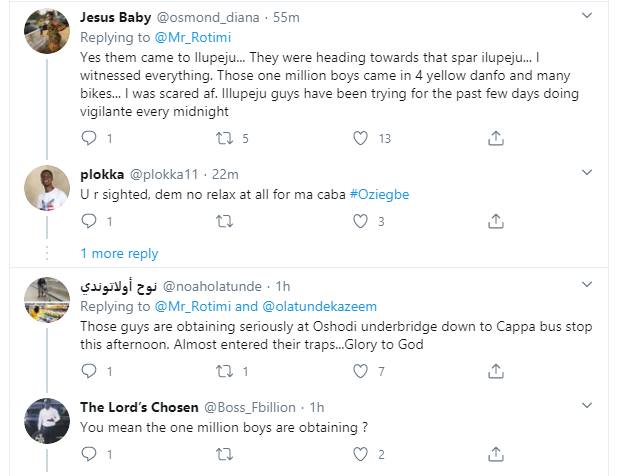 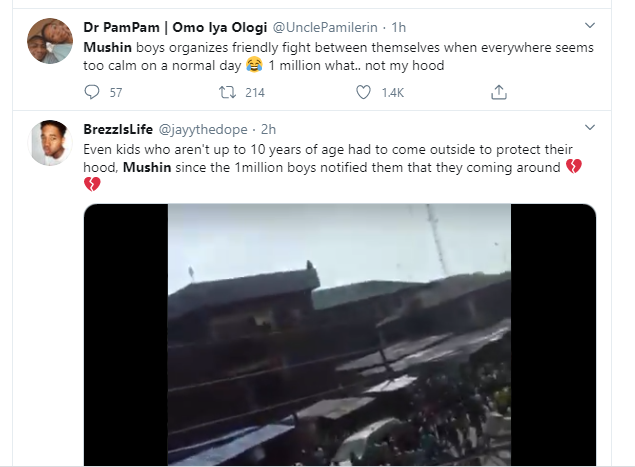 Security operatives are now in the community and normalcy have been restored. Here are videos below!

This is the story
1 million boys went to illupeju to operate, so The whole mushin squad went there to burst them 😤😤😤

They are used to sound of GunShot !! Mushin gave it to 1million boys x 3 !! #mushin #Nastyblaq pic.twitter.com/PiMDi6k16C

Mushin residents coming out to protect themselves from the so called 1 million boys.
pic.twitter.com/gVBWGLKJxs

Mushin boys heading out to go cut of the 1million boys at Ilupeju pic.twitter.com/Pm77cV1U5B

Remember those "rough boys in your street"?
the ones you call illiterate and all sorts of names?
Well, you should be grateful to them, they are the reason Mushin is safe rn.
Àwọn Yorùbá bọ̀ wọn ni "ọmọ burúkú na ni ọjọ tiẹ̀"
pic.twitter.com/c21KyvMKf4

One Million boys entered Mushin and met 300 Million boys 😂 😂 My hood does not joke, you don't fuck with them! pic.twitter.com/4796jgj9sy

Even kids who aren't up to 10 years of age had to come outside to protect their hood, Mushin since the 1million boys notified them that they coming around 💔💔 pic.twitter.com/z9UkWYdd9e

E!News: You are a psychopath – Kelly Hansome’s estranged baby mama fires back at him

‘Coronavirus Messed Up My Plan To Marry Chioma In July,’ – Davido Confesses [Video]