News: See savage replies Trump received after he lashed out at media amid Coronavirus pandemic 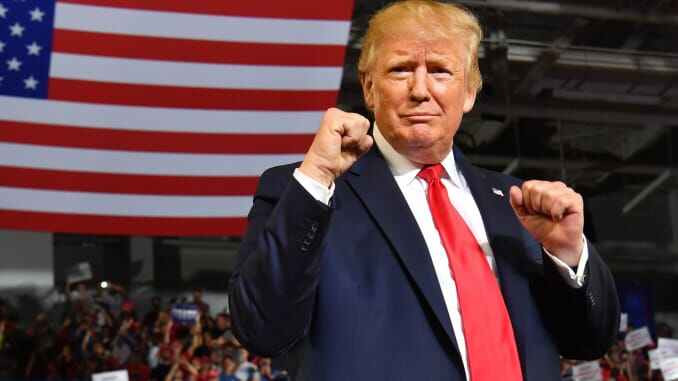 Some Twitter users have taken to the platform to blast US Leader Donald Trump after the Billionaire businessman went on a Twitter frenzy blasting the US media despite the Coronavirus pandemic that has infected millions globally and killed lots of Americans.

Trump who has been criticized for his lacklustre handling and late response towards the Coronavirus pandemic called the media ‘totally corrupt and dishonest’ and referred to the media as ‘lamestream’ instead of ‘mainstream’.

The US Coronavirus death toll is at 42,000 as at Tuesday and Trump not happy with criticism he has received from media houses in the US recently, went on an offensive in tweets.

”I’ve had great “ratings” my whole life, there’s nothing unusual about that for me.” Trump posted on Twitter.

”The White House News Conference ratings are “through the roof”(Monday Night Football, Bachelor Finale , @nytimes ) but I don’t care about that. I care about going around the Fake News to the PEOPLE! ”

In another tweet, Trump said;
”It is amazing that I became President of the United States with such a totally corrupt and dishonest Lamestream Media going after me all day, and all night. Either I’m really good, far better than the Fake News wants to admit, or they don’t have nearly the power as once thought!” 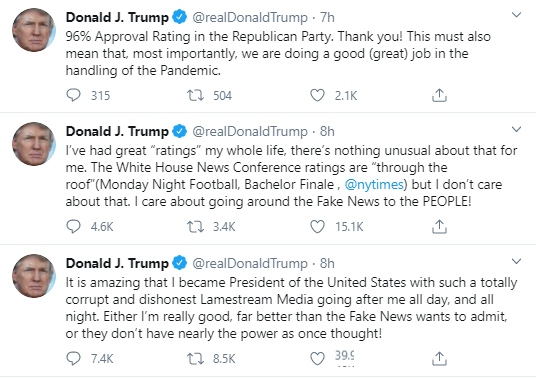 Twitter users on seeing Trump’s tweet, blasted the president, with some suggesting he cared more about his image than lives lost to Coronavirus. See tweets below… 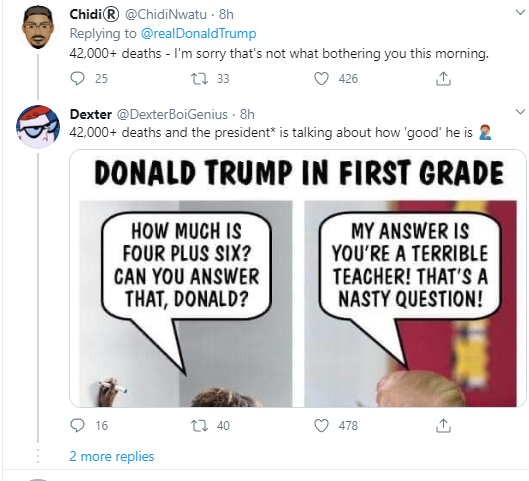 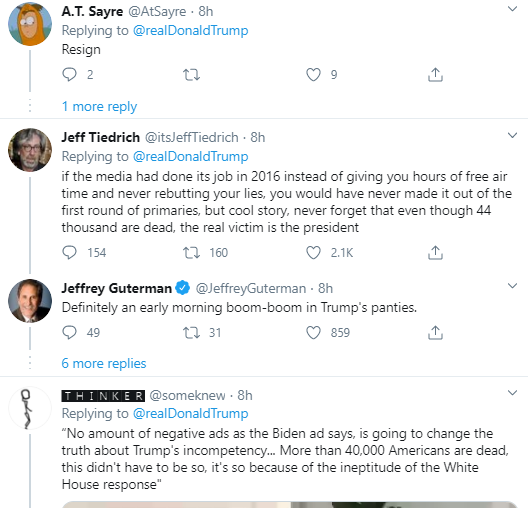 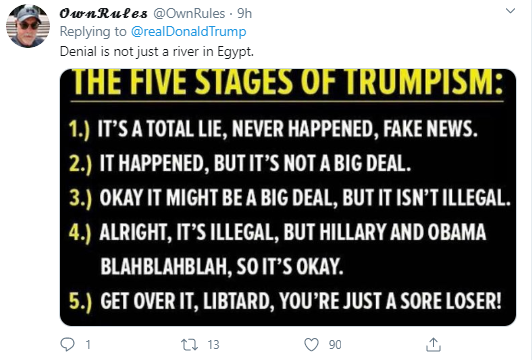 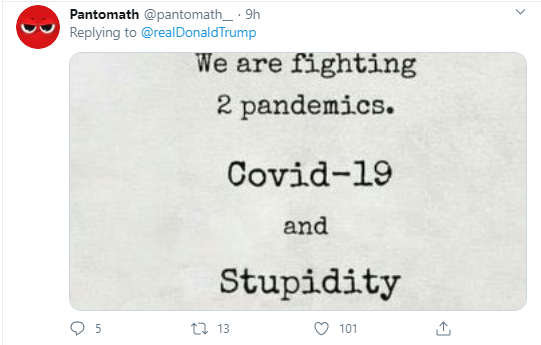 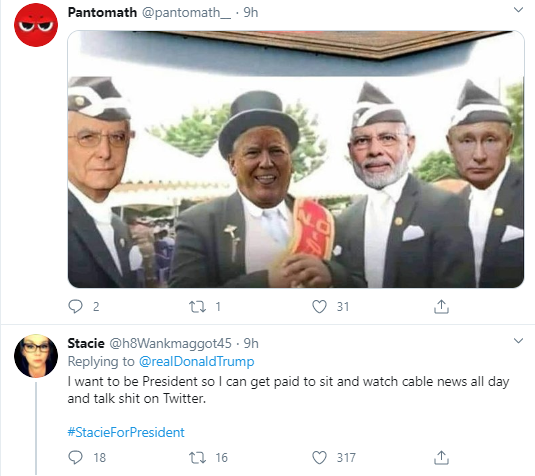 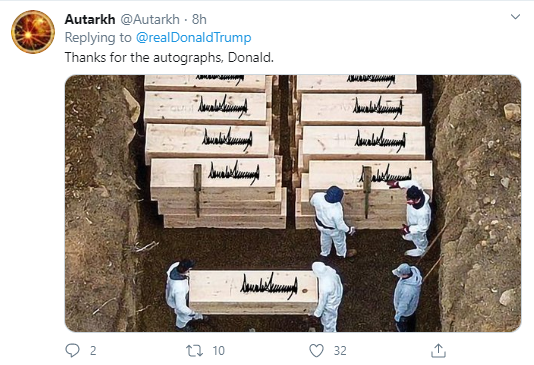 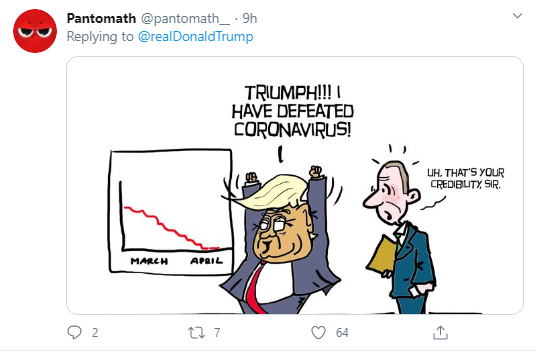 Trump Should Be Able To Resume ‘Public Engagements’ From Saturday, Doctor Says