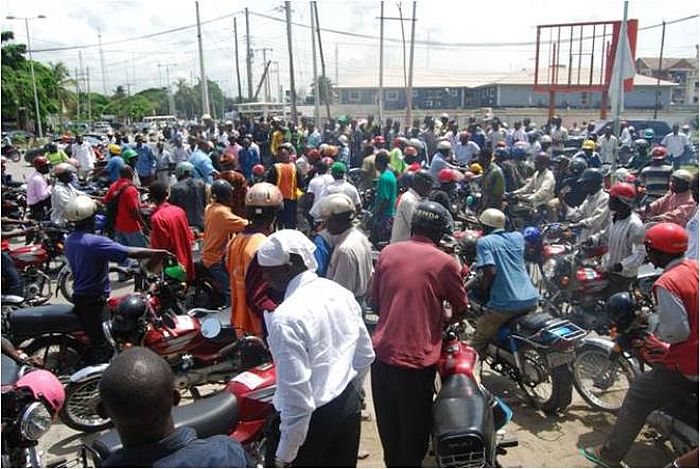 A commercial motorcyclist has reportedly stabbed a task force official in a community in Abuja.

According to a report by SaharaReporters, there was commotion on Thursday in Abuja as a commercial motorcycle rider popularly known as Okada, stabbed a member of the joint FCTA Transportation/Traffic Enforcement Team identified as Danladi Ibrahim.

It was gathered that Ibrahim was with the team at Apo area in Gudu District where commercial motorcycles are banned when the incident happened.

The task force arrived the area and confiscated a commercial motorcycle but some angry workers at a car wash outlet allegedly confronted the team in an attempt to free the rider.

SaharaReporters gathered that in the ensuing argument, the Okada rider brought out a knife from his pocket and stabbed Ibrahim on the chest.

The suspect was said to have fled the scene with his motorcycle while those, who tried to defend him, also took to their heels.

Though the victim was promptly rushed to the hospital for medical attention, SaharaReporters reports that he remains in a critical condition going by the extent of the stab wound inflicted on him.

YEEPA!! Lady Cries Out After Landlord Increased Her Rent From N550,000 To N1Million

Our economy is too fragile to bear another COVID-19 lockdown — Pres. Buhari