Singer, Davido took to Twitter to point out that the Nigerian president has only addressed citizens once since the #EndSARS protests began. 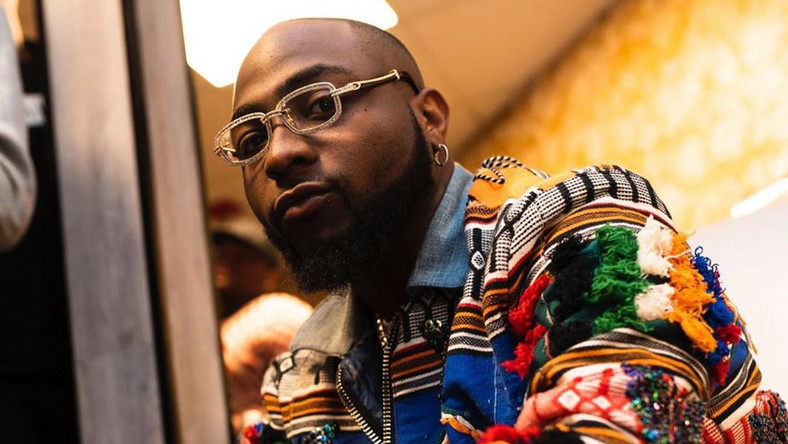 “Our president has only addressed us once in the past 10 days … despite everything that is going on.”

He added: “This is the problem. They don’t feel like they owe us enough. That they owe us explanations enough. That our unhappiness shouldn’t cost them their sleep!!! It all goes back to our votes and the fact they feel we ate not responsible for them being in these positions !! (sic).

“We need #ElectoralReform for these leaders to truly understand this accountability we are asking for is our right!!!” 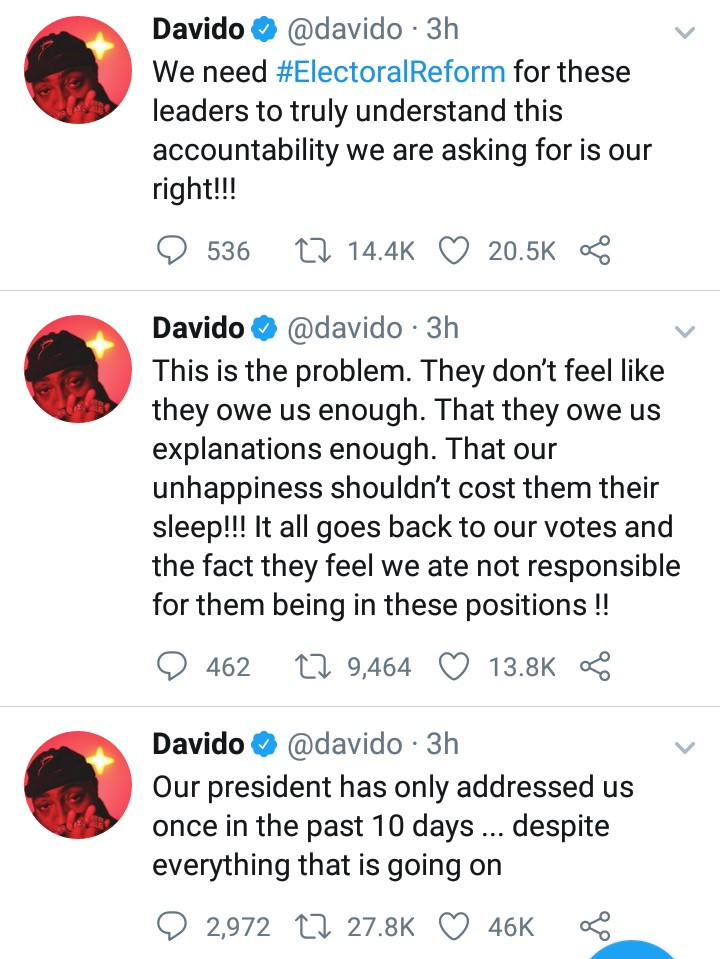 Recall that the President addressed the Nation after so many outcry and protests by Nigerian youths over the activities of Special Anti-Robbery Squad, SARS and the entire Nigeria Police Force (NPF).

The President promised to extensively reform the Force. He revealed this delivering a speech at the launch of the presidential youth empowerment scheme at the State House in Abuja.

He declared that the disbanding of SARS is the first step to extensive police reforms by his administration.

“I will like to use this opportunity to say a word on the recent genuine concerns and agitations by Nigerians about the excessive use of force and in some cases extra-judicial killings and wrongful conduct of the men of the Nigerian Police Force.

“The disbanding of SARS is only the first step in our commitment to extensive police reforms in order to ensure that the primary duty of the police and other law enforcement agencies remains the protection of lives and livelihood of our people,” President Buhari said.

Wizkid’s son, Zion dumbfounded over the birthday gifts he got from his Dad [Video]