Police operatives have uncovered a popular Church in Lagos, where members are captured and chained for up to five years for deliverance. 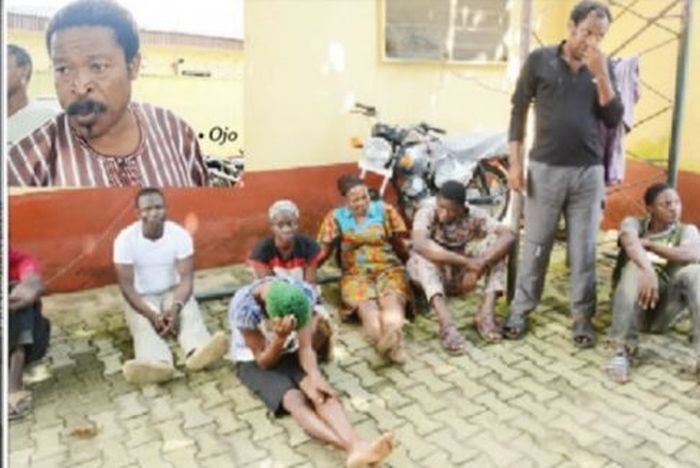 The Church, which the Police were yet to disclose its name, is located at Ijegun area of Lagos, where 15 victims were rescued after being chained for several years undergoing purported deliverance.

The founder of the Church, a 58-year old Prophet Sunday Ojo and 10 other Church workers were arrested in connection with the dastardly act.

This was confirmed by the Police Public Relations Officer, DSP Bala Elkana, who said that the suspects were in Police net for interrogation.

He said that on 30th October, 2019, at about 1810hrs, acting on information from a reliable source, a team of detectives from Isheri Osun Police Station led by the Divisional Police Officer, CSP Chike Ibe, stormed a Prayer House used as detention camp.

DSP Elkana said that the Church is located at No. 26 Alafia Street, Oriofe Ijegun Isheri, where the Prophet, Sunday Joseph Ojo ‘m’ 58years old and 10 others were arrested. He explained that 15 persons, who were chained on the legs were rescued.

“Some of the victims were said to have spent five years at the detention camp. The victims were between ages 19 and 50, males and females. Some of them were brought by their families to seek spiritual help from mental illness and other diseases. “”

DSP Elkana revealed that the Prophet said he had been in the healing ministry since 1986; that he chained them in order to prevent escape. He said that investigation is ongoing and the Police are working closely with other agencies of government to provide adequate medical attention and shelter to the victims.

“I’ll Never Bash You Again”, Davido Apologizes To His Bentley, After Months At The Mechanic Place