Sad News: #JusticeForSeyiAkinade – A Young Man Who Committed Suicide Based On The Way SARS Officials Treated Him

A young man by the name Seyi Akinade has reported committed suicide due to depression after he was maltreated by Sars officials.

In a statement by his elder brother, he said:-

My younger brother died earlier this morning and I can’t help beating myself up for missing the clues he left as to what he was going through.

My theory is that he committed suicide out of depression based on the way SARS officials treated him.

This are the deceased tweets before he died:- 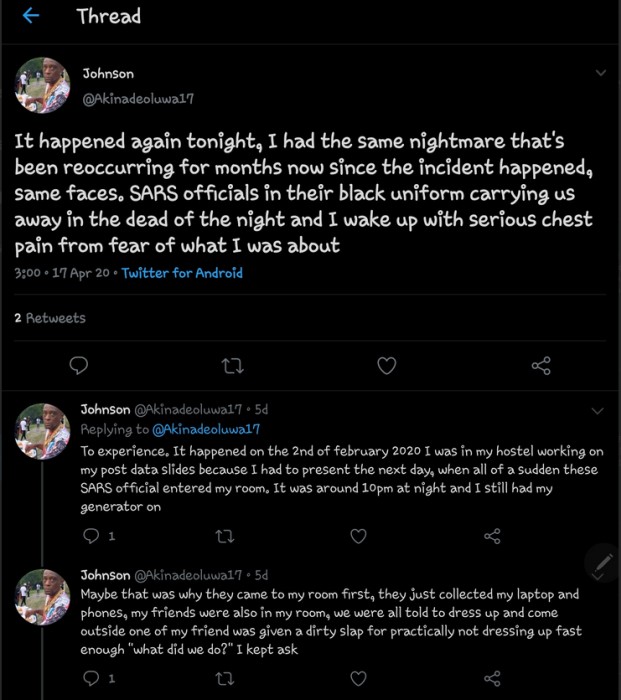 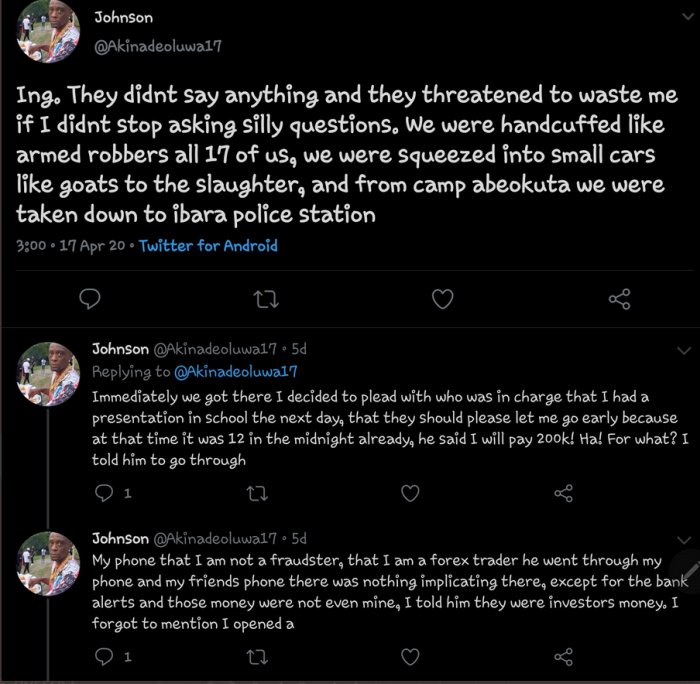 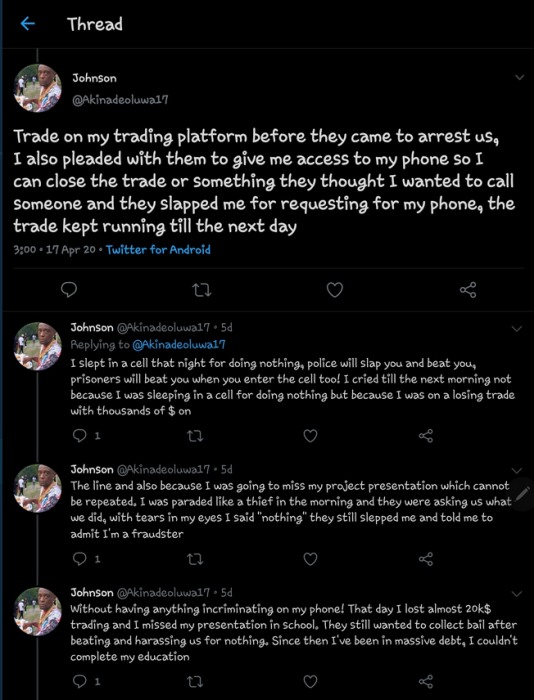 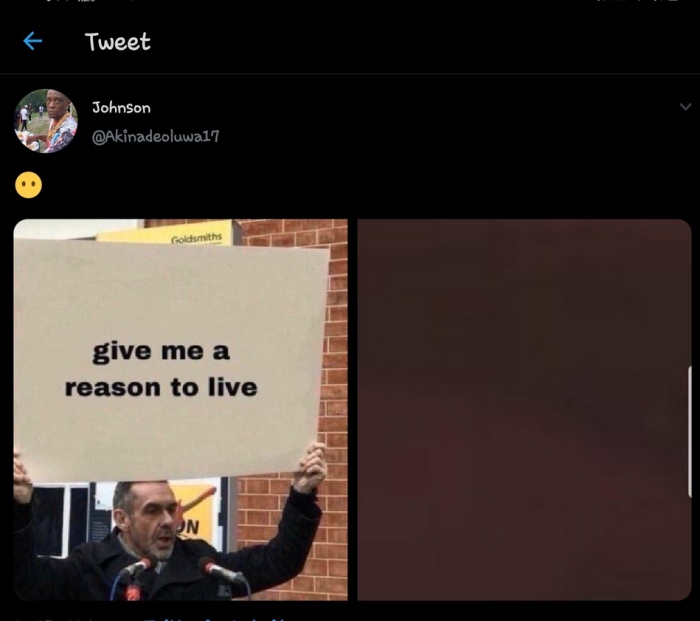 What Can Be Done Finally To Stop SARS Maltreatment?

E!News: I’m Educating My Children To Be Happy, Not Rich – Naira Marley

Gossip: M.I recounts embarrassing moment that SARZ ejaculated in public when he took him out [Video]